March 5, 2013, 4 days before our wedding, our world was rocked - after a couple weeks of denial, I finally took a test to learn that we were pregnant. God proved his sense of humor, once again. On top of pulling off the greatest wedding ever (in my eyes), I had to figure out how not to drink alcohol without anyone catching on...and how to focus on this awesome occasion without the distraction of becoming a parent...holy crap. We did it - the wedding was the perfect celebration and I had a sober blast. And then we went to Ireland where I watched my hubby drink a few Guinness and Jamesons.  :-)

I'm slowly adjusting to this whole concept of a baby - the more pregnant I get, the more real it is and the more I can process. There's a reason this takes 9 months...

The start of my belly pictures. I will forever love that my wedding pic is my 6 week belly...too funny. 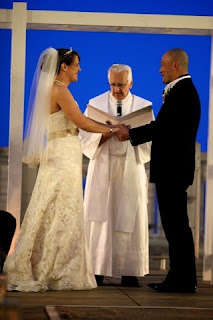 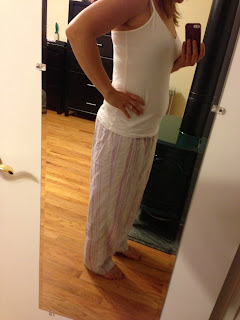 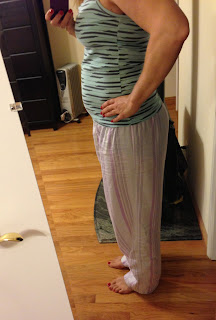 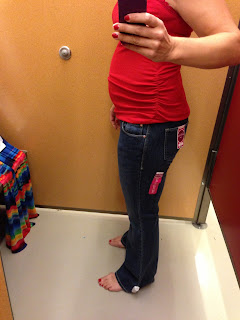 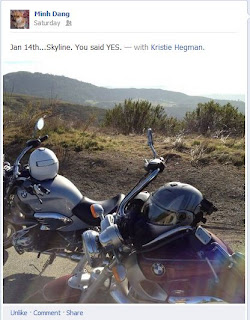 Posted by kristieh at 2:04 PM No comments: 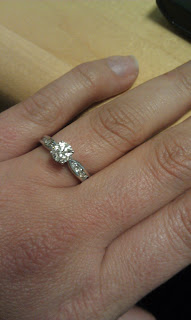 there are few real life-changing moments. i mean, little things happen now and again that set your course, but every once in a while, life is changed. this rock changed my life in an awesome way. i love this guy, i know i want to partner up in this crazy life with him, and now it's set in stone (or rock...haha). i'm a blessed girl.

the story from my perspective...
it was to be a beautiful, 70 degree january day, so minh suggested we take a motorcycle ride to the south bay. we usually take 280 straight down, but he suggested highway 1 to make it a casual ride along the ocean. as the slow rider, i always lead the way and i missed the first exit to get the full ocean ride...but we decided to keep going and get on 1 at our next opportunity. we rode down 1 for a bit and i eventually turned off onto a road that i thought took us to the beach - but it didn't, so we got back on 1. we ended up missing all ocean stops (i have a feeling that was where we were meant to end up), and headed up to Skyline (see previous post about my new favorite road). it was an absolutely gorgeous day and after riding for a bit, minh suggested we pull over and enjoy some sun.

we sat and chatted for a bit...i'll confess that i was a bit frustrated with our future plan as a couple, or lack thereof...and suddenly he pulled out a ring and asked if it'd help. shock and awe. how could this be happening?!? is it for real?!? what do i do?!?

after some tears and speechlessness, he said, "is that a yes?" i said yes. he asked me to try the ring on...i have to admit that it freaked me out and it took some coaxing for me to put it on, but it was perfect. so sparkly. so beautiful. so much better than anything i could have described or dreamed about. and completely unexpected. 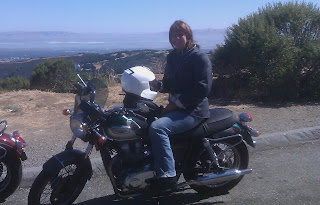 is skyline, aka 35 - it's freakin' beautiful (and not too windy...i'm still a beginner, afterall)
Posted by kristieh at 3:03 PM No comments: 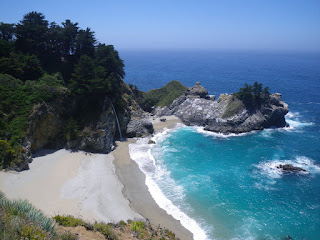 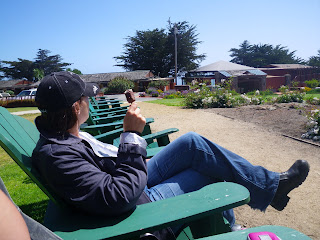 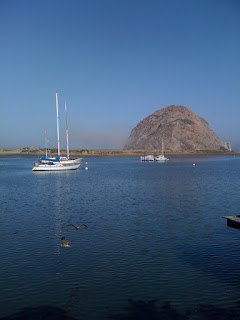 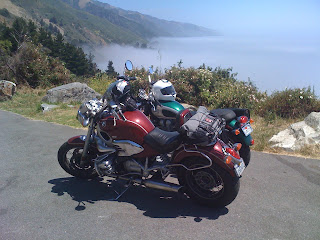 the long beach trip was fantastic! got up at the butt-crack of dawn to catch a flight and be down there by 9am. it was still foggy and cold, so we grabbed brunch on a patio until the sun came out. then it was an afternoon of laying on the beach, trying to get tan. (i'm peeling now, so it worked)

tuesday night we caught the Dodgers game - i can check another stadium off the list. the stadium was pretty great - hard to get to and big and old - but the fans were pretty awesome. there weren't many Brewers fans at all - not like the Bay Area when half the fans are there for the "enemy" - but there was some rockin' blue hair and Dodger gear. we even got free blankets for the giveaway! we ended up at Shade in Manhattan Beach for a cocktail and decided to stay there next time...it's got more action than Redondo Beach.

wednesday was a totally chill day layin' on the beach (sun came out at 10am on wednesday)...then a quick walk through Manhattan Beach for lunch. it was completely relaxing, a great getaway and the perfect end to a pretty great paid vacation.

though it would have been fun to go somewhere far away for a couple weeks, i'm glad i got to stick around and relax. i got to know SF quite a bit better, learned some public transportation tricks, kept on coachin' and had a great time doing it.

i finished my third day of work today - and i love it. consulting and it's craziness may just fit my personality to a 't'. we'll seeeeeeeeeeeee...

happy trails, friends! i hope y'all get a paid month of vacation some day soon, too...it was truly awesome. (though it's nice to have a routine again)
Posted by kristieh at 11:04 PM No comments:

what a wacky weekend. (weekends are my least favorite days, 'cause most other people have them off, too)

i went from motorcycle class to pole dancing to Shark watching with a lot of volleyball coaching mixed in.

friday was a beautiful day of gallivanting around as i pleased...until motorcycle school started at 4:45pm. and then i was in class for five hours - it was pretty interesting, as i know nothing about motorcycles - and went pretty quick. i was the second kid done with my test, scoring 49 out of 50! next weekend is the tough part, when we actually get on a bike. (i still don't know how i feel about all this, but knowledge is power)

saturday morning i was up early to get to Sacramento for Regionals. the girls played hard, but had an off day...and we lost a lot. sunday morning we lost some more...but that set us up to win two matches sunday afternoon! i guess it's ok to suck as long as you go out on a high note. ALCiS 14-1's in 2010 was a great group of gals - we had a fantastic time - and it's over. will i coach again? i have no idea...depends where my job is and what i'm doing. kinda crazy.

saturday night was boyfriend's sister's bachelorette party - what a hoot! a few of us were brave enough to go through a pole dancing class...which was quite comical for this white girl whose hips don't move. afterwards, we hit Asia SF. it's a drag queen show that's absolutely fantastic - and the food was pretty good, too! good times were had.

last night i chilled out with boyfriend & his roommate, watched the Sharks, ate some chinese food and crashed.

today has been the most perfect weather day ever! i went for a long run, biked all over SF, stopped by the TCHO chocolate factory to check that out (it's only open during weekdays, so this was my last chance), drove down Highway 1 and stopped at a dog beach to run around a bit, and ran some errands. now i'm gearing up to head to coffee and book club! woot!

tomorrow & wednesday round out my paid vacation with a quick trip to Redondo Beach. i'm looking forward to going "off the grid..."
Posted by kristieh at 4:33 PM No comments: