I hereby devote the next 18 weeks of my life to running. For the most part, anyway.

Today is the official start for SF Marathon training according to Hal Higdon’s plans. I like Hal – his plan makes sense to me. Friends would like me to run the Intermediate plan, but that requires 5 days of running a week and I’m not sure my body can take it. The Novice 2 plan looks comparable…and is only 4 days a week. I figure if I throw in a bunch of biking and elliptical, I should be a-ok. The goal is to Beat Oprah – 4:29:20 – so we’ll see how that goes. As we know, SF is hilly.

How’d I get to this point? I have no idea. On December 4th, 2008, I got an email from Jeff Galloway about a training program for the SF Marathon on July 26, 2009. I usually blow these off, but I guess I was lookin’ for something new to focus on. And I still love running. So I talked to some people and thought about it for a few days. On December 11th, I signed up (I blogged about it). I’d just had dinner with my “runner friends” and heard about Krtsay’s experience with the CIM. I was inspired…to end the contemplation, I signed up. Decision made.

Since then, I’ve conned 6 friends to go in on this with me, which is hilarious. Silly people. (I’m forever grateful to them, of course) All this running by myself would be tough. Granted, running is my kristie-time…and I love it for that…but running more than 8 miles at a time goes beyond kristie-time. At that point, I need help.

I also ran into a slightly major roadblock – my lower back’s been sore, so I went to a chiropractor to get adjusted, thinking it’d be good to have a medical person help me accomplish this goal with as little pain as possible. I now realize that a chiropractor was the wrong way to go…he’s freaked me out beyond belief and almost convinced me to stop running. I went to a med doctor to get a second opinion and have been convinced that some physical therapy and core exercises will get me through. If it gets too bad, of course, I have a roommate that will steal all of my running shoes to make me stop. (please don’t let that happen, aching back!)

I think I’m ready. Mentally, I’ve been preparing for a couple months. Physically, I’ve slacked a little, but stayed pretty dedicated for the first part of 2009. I refuse to calculate how many months 18 weeks is because it’s far too long…but in 18 weeks, I’ll see you at the end of a marathon! Hopefully, it’s my first and last.

there are many things i love about hockey games.

they bring back memories of my childhood in the arena...playin' with my cabbage patch kids under the bleachers...cheering for my li'l bro...meeting boys...good times.

and then there's my dream of becoming the organ player. or one of the people that sweeps the ice or holds the bucket. there are so many ways i could retire in the arena.

for the sporty people

and, really, anyone.
101 things all sports fans must experience before they die

minnesota is mentioned several times - as a matter of fact, #40 is in my parents' back yard.

also, for those considering Bay to Breakers, read #84. this year is my first & probably only.
Posted by kristieh at 5:37 PM No comments: 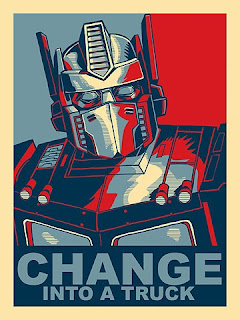 (kruck found it)
Posted by kristieh at 11:20 PM No comments: