i knew firemen were men of many talents...and save people in many ways...but i had no idea that they help people who lock their keys in their car!!!!!

it's funny how i can suddenly start forgetting my keys in my car ALL THE TIME...
Posted by kristieh at 12:58 PM No comments:

i got bored with turkey, beef or chicken sammiches...so i moved on to the next option in the cafeteria...tuna fish. after a quick taste-test, i decided to jump all the way in. and it's yummy! i eat tuna fish sammiches now. it's been years and years and years.

last night i went to sushi...and am finding more and more sushi-type things that i'll eat - tofu sushi, shrimp sushi, etc. of course, my favorites are still teriyaki beef & chicken and veggie tempura, but my mostly-psychological-hate of fish is SLOWLY decreasing...
Posted by kristieh at 12:17 PM No comments:

i've gotten enough sleep, have had my caffeine, am feelin' pretty good...yet, i'm still having those "so tired my mind is whack" moments.

bathroom stalls - because i'm tall enough, i usually grab the top of the door to close and lock it. what do short people do?

just an example.
Posted by kristieh at 1:45 PM No comments:

i played some volleyball.
HSM3 was incredibly awesome. i hope to go again soon.
i played some kickball (a quick strategy session got me to 1st base...and the session is documented on facebook...it was a little nerve-wracking, as we didn't want to win and have to play kickball all day). we lost the game.
we curled my hair.
i became Kimmy Gibler for a night...while roommate pulled off an excellent DJ Tanner.
i ate delicious cajun food for breakfast.
i coached a little...and things are coming together for the '09 season.
i rested.

my car still needs to be cleaned in a serious way. sorry, pitter patter.

hope ya'll had a great weekend, too!
Posted by kristieh at 12:05 PM No comments:

i am excited to see this movie...tonight...opening night...after all the teenyboppers have gone home to meet curfew.
Posted by kristieh at 12:58 PM No comments: 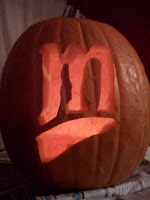 Posted by kristieh at 5:54 PM No comments:

There were over 20,000 competitors in Sunday's Nike Women's Marathon in San Francisco. And 24-year-old Arien O'Connell, a fifth-grade teacher from New York City, ran the fastest time of any of the women. But she didn't win.

story is here
Posted by kristieh at 3:56 PM No comments:

i may be the worst decision maker ever. it's just hard to totally commit to something i only sorta wanna do when i have something i really wanna do, but ain't sure it's possible. and then i have to take other people into consideration. and my own morals/ethics/reputation...yeesh

thanks to those who've listened to me over the past two weeks.

(i'm leaving this cryptic 'cause it's more fun)
Posted by kristieh at 1:54 PM No comments:

i am a california wimp. and the number of sweaters in my closet has decreased exponentially.
Posted by kristieh at 1:19 PM No comments:

i gotta admit, it's tough to keep up on this blog while i'm twittering and facebooking, too. apparently, i don't have much to say these days.

it's friday. i'm feelin' good about that. coming straight from vegas to work on monday was rough and i've been waiting for friday ever since. i played a bunch of volleyball this week...some kickball...a little hang-out time...and i've got a great weekend ahead of me. woot woot! (i worked, too)

i think i officially decided that coed volleyball sucks out here unless i set...and i don't set (reverse coed is ok). i played on a solid team last night, but rarely touched the ball. it's hard for me to stay focused and give 100% when i rarely need to jump to action. somethin' to think about...

i'm also going through coaching drama. hoping it works itself out today, but we'll see...

that's all, folks. you are updated on my life. solid week, good weekend ahead, still no homework. :-)
Posted by kristieh at 12:22 PM No comments:

a while back my marathon-running friends were saying it took them 3 miles before they felt like they were in the running groove. at the time, it took me about 1 mile and i decided that it was the way to go - i usually only go 4-6 miles, so having a 1 mile warm-up sounds much better than a 3.

tonight i realized that i've hit the point where it takes me 3 miles to get in the groove. ugh. i went 3.7 miles...that is rough.

i guess it's good that i'm in pretty good shape...but this is a tough side-effect.
Posted by kristieh at 6:36 PM No comments:

i expect to see a few pics of these this halloween season, friends.

mine will be pictured, once carved.
Posted by kristieh at 12:29 PM No comments:

striking fear in those around me

i was caught shaking my fist at my computer today. the site wouldn't let me log in with what i thought was the password. turns out it was my mistake, but...the IT guy is a little scared of me now. seems worth it.
Posted by kristieh at 3:20 PM No comments:

what happens in vegas...

…usually stays there. But not when I have a blog.

Roommate & I flew out Saturday morning…after solidly celebrating Yak’s birthday for a few nights in a row. We landed…we got to our Castle…we went to find food in New York City (anything’s possible in Vegas). While waiting for our scrumptious Irish Pub burger to arrive, some fine lads sat at the table next to us…and one of them showed me more of his crack than anyone else ever has…on accident. I started giggling, he overheard, he busted me out…then he told the waitress to buy us another drink, ‘cause no one should be put through that. We graciously accepted our peace offering, ate our scrumptious burgers and continued on our Vegas adventure.

We walked the Strip on Saturday afternoon…saw many things, people and plants. It’s Fall in Vegas, apparently…lots of orange, red and yellow.

When one goes to Vegas, they’re often asked if they’re going to see a show. Well, we did. We saw one of the greatest shows on earth – The Block. At least, that’s how they’re referring to themselves now (ridiculous)…it was The New Kids on the Block, fifteen years later. I gotta say – they put on an awesome show. Mostly old stuff…a little new stuff…some cheesy lines…some classic moments reborn…it was awesome. And the outfits some of the chickies put together made it all the better – so much neon, scrunched clothing, NKOTB tshirts, buttons, etc. Roommate & I were in our Old Navy numbers, but didn’t’ show nearly enough skin (compared to others). Anyway…we saw a great show. I <3 Donny 4eva.

Yesterday we saw the Globe of Death on Fremont Street…three dirt bikes, one 15 foot circular metal cage. K-raz-y. And awesome. That was added to lots of lights, a laser show, cheap beer, cheap gambling and some winnings. Good stuff.

Other things happened in Vegas…they’ll stay there. 

Sidenote - I set a new life goal…to learn everything there is to know about tequila…and this link was sent to me in response:
http://www.ianchadwick.com/tequila/
Posted by kristieh at 11:08 AM No comments:

family is awesome. my older bro just emailed me to say he'd use his miles to get me a flight home for Thanksgiving. i get to meet baby Charlotte! and hang out with my family on Thanksgiving! mom's cookin'!

thanks, bro! i'm still a little in shock.
Posted by kristieh at 2:11 PM No comments:

last night i figured out part of my problem with playing volleyball these days - i miss playing on teams with my friends. i miss playing with people i did stuff with outside of volleyball. that just adds an awesome social aspect to it that's currently missing (for the most part). and it makes it easier when i mess up - friends are less intimidating than "teammates."

if you're reading this and we play volleyball, you're my friend. and i appreciate you, but there are 6 people on the court.

so either i make it a goal to become friends with the people i play with, i suck it up...or i make a team with my friends. hmmmmm...
Posted by kristieh at 1:05 PM 1 comment: 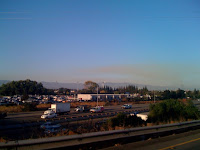 It is not my favorite when the sky has this nasty smoggy lookin’ stuff in it. I mean, I breathe that. But whateve’…it’s a beautiful day in NorCal otherwise!

I went to a ‘breakfast with your labor lawyer’ thing today. First of all, I way overslept, so I am grossly unshowered. I haven’t done that in forever and kinda felt like I was 15 while rushing around, trying to get outta the house. Guess I ain’t grown up afterall (phew!). Secondly, I learned that California leads the way with a lot of laws. Federal legislation gets passed, but California has already been following it for a while, so it doesn’t really affect us. Or, at least, we’ve already adapted to it. Fascinating. My pastor has been sayin’ that California leads the way of the world…I guess he’s pretty much right. (I’m sure there are caveats to this)
Posted by kristieh at 10:57 AM No comments: 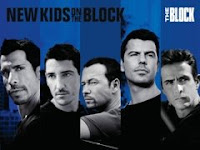 it's pretty great to run a half-marathon and feel like i was in good enough shape to do so. without a ton of training, no less. of course, this means that i won't feel the need to train for any more half-marathons that i might sign up for, but at least i gotta maintain my current running. which is doable...i can maintain this. it clears my head, keeps me healthy and gets me outside for a bit.

here, here, to a great half!

congrats to jj, brandy & the others on PRs.
Posted by kristieh at 6:15 PM 1 comment:

i'm twittering. jim's request put me over the edge and i had to make it happen. i think it was the way he said, "twitter, good woman" that did it.

also, you should check out www.12seconds.tv it's awesome. i can get you an account if you'd like.

Last night I was asked what it was like to grow up in a small town…
The first word that came to mind was – simple.

I knew everyone, everyone knew me…I didn’t care so much about the clothes I wore, the car I drove, etc…I just wanted to hang out and enjoy life. I’m sure a big part of this was the way my parents raised me…but life really is simpler in small town Minnesota. A trip to Pamida can be done in 5 minutes. There are 10 restaurants to pick from, 8 churches and 12 bars. The cops knew who I was and wouldn’t give me a ticket because of it (not that I’d ever get pulled over). You don’t need much money to survive. You can just go outside and play…no worries about nasty traffic or dirty old men. Life is just simpler. And I love that I get to go back to it once in a while to remind myself of it.

Still don’t wanna move back to Minnesota, though.
Posted by kristieh at 4:00 PM No comments: